Traditional African Vegetables (TAVs) have been part of the food systems in sub-Saharan Africa for generations, offering most of the daily requirements for vitamins A, B complex, C and minerals alike, yet many of these crops are currently underutilized and their nutritional value is widely unknown (IPGRI, 1997). The result of this is a chronic under nutrition affecting about 43% of the Sub Saharan regionâ€™s population (FAO, 1996).Â

Research conducted in 2007 by Abegunde et al. suggested that by the year 2015, Africa would have lost at least USD 4 billion cumulatively to vitamin and mineral deficiencies (Abegunde et al., 2007). To put this into perspective, in the last 8 years, the continent has lost an approximated USD 500 million a year, USD 41 million monthly and USD 1.3 million each day in vitamin deficiencies readily available in TAVs. A further analysis shows that USD 4 billion translates to about KES 371 trillion, an amount capable of funding the Kenya governmentâ€™s national budget for about 370 Financial Years! If this amount were to be shared out equally among the 55 recognized AU states, each state would get at least USD 72 million.Â

To alleviate this problem, Farm Concern International (FCI), a market development organization, is reintroducing the cultivation and consumption of TAVs forming part of familiesâ€™ diets as well as becoming a source of income for smallholder farmers in Kenya, Tanzania, Rwanda and Malawi.Â

FCI has been working with households, rural non-producing consumers and urban consumers across targeted regions to promote the cultivation and consumption of TAVs through the Domestic Hoticulture Market (DoHoMa) programme. FCI has conducted 384 nutrition forums to educate households on the value of these indigenous vegetables. Additionally, 346 on-farm kitchen demonstration plots have been established resulting in an establishment of 38,899 kitchen gardens throughout the four countries; People are now growing TAVs!

An analysis of the consumption trends of TAVs in the targeted households over the four years showed a sharp decline in the number of households that previously did not consume TAVs. There was a steady increase in consumption; 92% Rwanda, 95% Kenya, while Malawi and Tanzania recorded 94% smallholder farmer households consuming TAVs daily.Â Â

Through the DoHoMa programme, it was also noted that rural consumers from all the four target countries prefer TAVs obtained from their own farms. In Malawi for example, own farm serves as a source of TAVs in almost all households, while a small proportion also obtain TAVs from neighbours, open air markets and supermarkets. Promotion exercises were also integrated in school vegetable gardens by targeting enhanced nutritional and farming education for school children as noted in the experience of school kitchen gardens in Siha (Tanzania).Â

Farm Concern International firmly believes that the promotion, cultivation and consumption of Traditional African Vegetables is the key to reducing diseases associated to nutrition deficiencies. If we go back to growing and consuming TAVs,Â we will reduce malnutrition, increase farm incomes for the smallholder farmer across Africa, and save Africa USD 4 billion that could otherwise be put to better use.Â 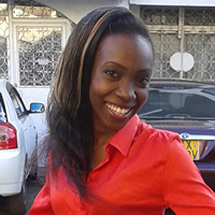