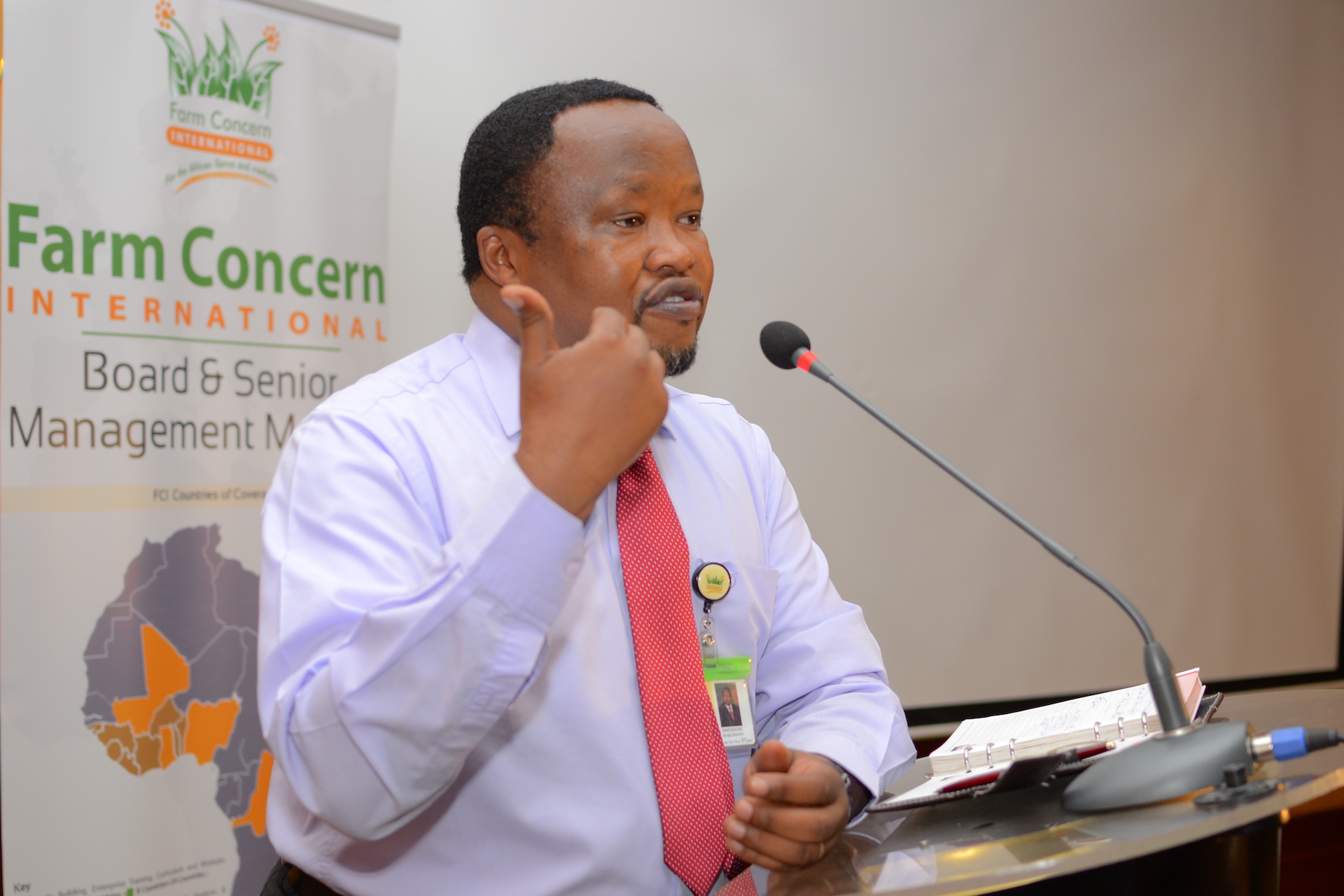 FCI Africa Director, Mr. David Ruchiu spoke in the Global Food Security Symposium 2017 by Chicago Council on Global Affairs in Washington DC from 29th-30th March   2017 on “how the agriculture sector is emerging an opportunity not only for the next generation, but continent as a whole”.

Mr. Ruchiu shared emerging statistical evidence on how Farm Concern international has been changing the narrative of spiralling youth unemployment in Africa through successful retention of youth in Commercial Villages and initiation of entrepreneurship programmes for creation of employment.The event whose theme was Stability in the 21st Century convened award winning speakers and delegates from across the world to contribute to design and development of sustainable interventions that foster food security and agri-investments. FCI Board Chair Prof. Meme Kinoti also participated in the symposium as a contributor towards its objective of achieving a food secure world.

In Africa, the number of youth is growing rapidly with a population of 226 million youth aged 15-24, accounting for 19% of the global youth population. By 2030, it is projected that the number of youth in Africa will have increased by 42 per cent. Youth account for 60% of all African unemployed, according to the World Bank. According to data from the International Labour Organisation (ILO) in sub-Saharan Africa, the youth unemployment rate averages around 12%. While this is slightly lower than the global youth unemployment rate of 12.4%, the African region has the world’s highest rate of working poverty; people who are employed but earning less than US$2 a day.

Farm Concern International has been changing this narrative through successful retention of youth in Commercial Villages and initiation of entrepreneurship programmes for creation of employment. The Commercial Village Model; designed, tested and upgraded by FCl has been a vehicle of employment creation in Africa. Currently, 1,020,000 members of Commercial Village farmers (30%) are youth who have been capacity built on agri-enterprise planning and management with majority running successful business enterprises and a further over 5 Million influenced in over 24 countries. The Domestic Markets Programme funded by the Bill & Melinda Gates Foundation and implemented by FCI in Kenya, Malawi, Rwanda and Tanzania transformed the lives of 115,491 Smallholder Farmers with 32% being youth farmers. Employment further reveals the multiplier effect beyond target direct clients of the Domestic Markets Programme to an additional 682,565 people benefiting through employment.

FCI’s experience has proven that commercialization at the village level triggered higher demand for labor increasing wages up to 75%. FCI Commercial Village data is increasingly including employment and value paid in annual amounts to farm employees with special focus on value chain-wide employment for women and youth.