To become more productive and profitable, farmers require affordable and village-level access to farm inputs Â and services such as: financing to purchase 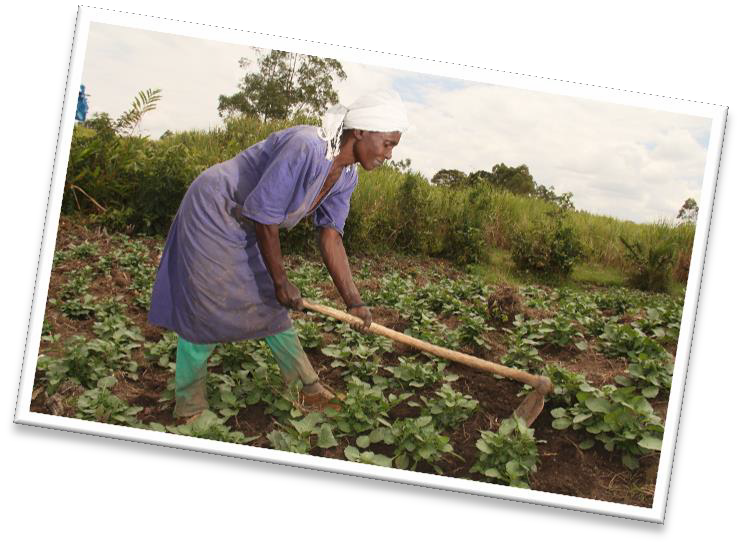 inputs,Â quality Â seeds of improved varieties; soil nutrients, crop protection products and crop insurance. While the production results are mixed, generally the decreases observed are linkedÂ to externalities such as drought coupled with disease in 2013. On the other hand, the increases can be linked to key DoHoMa interventions anchored on the CV model. TheÂ findings show that most farmers have increased use of various inputs, with 96.6% of farmers in Siha and Meru 92.4% indicating to have access to agro-inputs. As figure 1 shows, between 73-80% of the sampled farmers had increased their various inputs including fertilizer, Â manure, pesticides and improved seeds since enrolling in the program.

Further analysis on the types of agro-inputs used shows some differences (figure 2). In both Meru and Siha, over 93% of the respondents used improvedÂ Â seed;Â however, fertilizer, manure and pesticide use was much higher in Siha than in Meru.

The increased inputs use is linked to business partnerships formed between farmers and various agro-inputs and services providers. 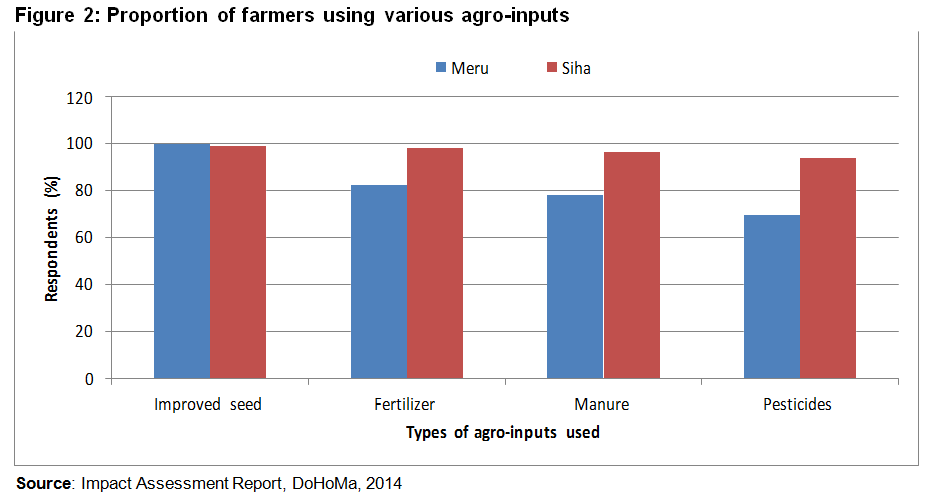 agro- dealers to bring inputs closer. In addition, in line with the CV model, the organized farmers were able to attract discount prices for some inputs as illustratedÂ in the case study below.Â

Discussions with agro-input providers confirmed that farmers had increased use of inputs especially fertilizer and seed. Such partnerships were equally beneficial to the agro-input service providers who increased the volumes of inputs sold.