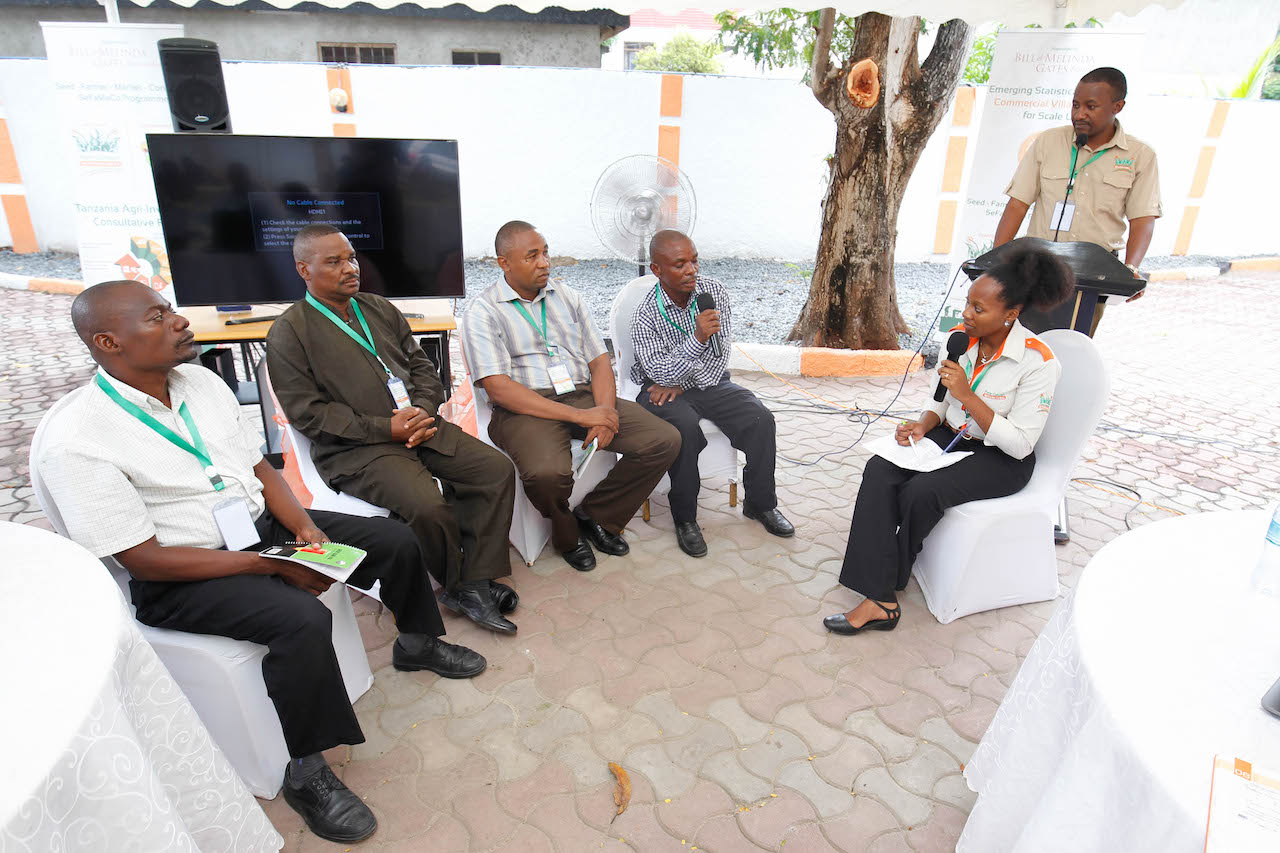 The Regional Seed-Farmer-Market-Consumer Integrated Value Chain Development Programme referred to as the SeFaMaCo Programme is supported by the Bill & Melinda Gates Foundation in Tanzania, Uganda and Ethiopia.

The Programme is implemented through ‘The Commercial Villages Model’ a high impact model that utilizes a mass-market approach for scale-up aimed at facilitating market access for a high number of smallholder farmers through commercialization, aggregation, post harvest systems, collective marketing and trade facilitation. The SeFaMaCo Consortium with Farm Concern International, FCI as the lead partner has various national-level sub-grantees.

The research assessed the business relationships between traditional informal wholesale and private sector corporate companies with an estimated 90% of these formal supply chains sourcing from traditional wholesalers. Traditional Informal Wholesale Markets account for 80-90% of farm gate sales and are the main interphase between informal supply chains and formal companies. The traditional informal wholesale markets are transition points for a major distribution to industries, schools, hospitals, trading companies, supermarkets and retail markets. The traditional informal wholesale markets are complex but their limited trade barriers have opened unprecedented market avenues for smallholder farmers. The marketing systems of agricultural commodities were found to be complex characterized by numerous traders. FCI has further documented multiple formal and informal trade routes that reflect a complex value network made of multi-level players of brokers and investors.

The wholesaler facilitate up stream and down stream financing through advancing cash to agents who purchase on their behalf as well as selling on credit to retailers and other formal actors such as supermarket, groceries & processors. Brokers and middlemen ‘act on behalf’ of the wholesalers and can easily be confused for wholesalers since they are more active in negotiations along value chains. Despite being the trade engines, lots of trust has to be built before wholesalers really interact with formal systems due to the misunderstandings that have side-lined them from most value chain interventions.

The wholesaler aggregators and processors highlighted that linkage to FCI Commercial Villages has made sourcing easy and helped wholesale Buyers increase the volume traded and reduce the sourcing time and logistical cost. Mr. Kamazima Samsoni shared the challenges he experienced before linkage to FCI Commercial Villages, “The linkage to Commercial Villages by FCI marked a turn-around in my business since it reduced my sourcing time from five to two days. It also reduced my logistical costs drastically by around 50% and also saw my sourcing costs go down since I used to pay an agent to source bananas for me then I would go and assemble them”.

A key consideration by buyers before sourcing from a particular area was shared as availability of quality produce, the road infrastructure, ease of sourcing and the history of the area from other buyers. Majority of the wholesalers lamented of high and unreliable means of transport thus high transport costs. Other challenges shared by the buyers included the requirement to have legal certificates especially when importing banana from Kenya, delayed delivery of Irish potatoes which are perishable and loss quality thus may not fetch good prices, price fluctuations after placing orders which lead to low profit margins and sometimes losses, low quality produce by farmers. Moreover, lack of appropriate infrastructure to take care of the commodity at the markets, lack of financial institutions to access money thus the risk of carrying huge sums in cash, double taxation by the Government and lack of enough capital to expand business were highlighted among the constraints.

Speaking during the Forum, Mr. Garron Hansen, Program Officer Bill and Melinda Gates Foundation highlighted that consumer demand has to be the starting point of considerations for prioritization of value chain by small holder farmers. He noted that when farmers benefit everyone in the value chain benefits hence the need for all actors to talk together and share problems and solutions to move the agricultural sector forward.

Wholesale Aggregators shared on their critical role as a major interphase between the formal and informal sectors. For instance, Mr. Ally Amin Idd Omary from Dar Es Salaam supplies 6 tons of Beans to schools per month and around 200 to 300 kg of beans per week to hotels. Mr. Mwajuma Twalbu from Moshi is currently supplying 1.26 MT to hotels per week. Madam Ester Mungai and Sara Charles from Arusha supply 2700kg of banana to 5 hotels per week.

The Forum ended with a call to replicate the Commercial Villages Model across the whole of Tanzania and all the value chains to ensure continuous supply of produce throughout the year. The Wholesale aggregators were also requested to sign contracts with Commercial Village farmers for their assurance of supply and markets for smallholders.