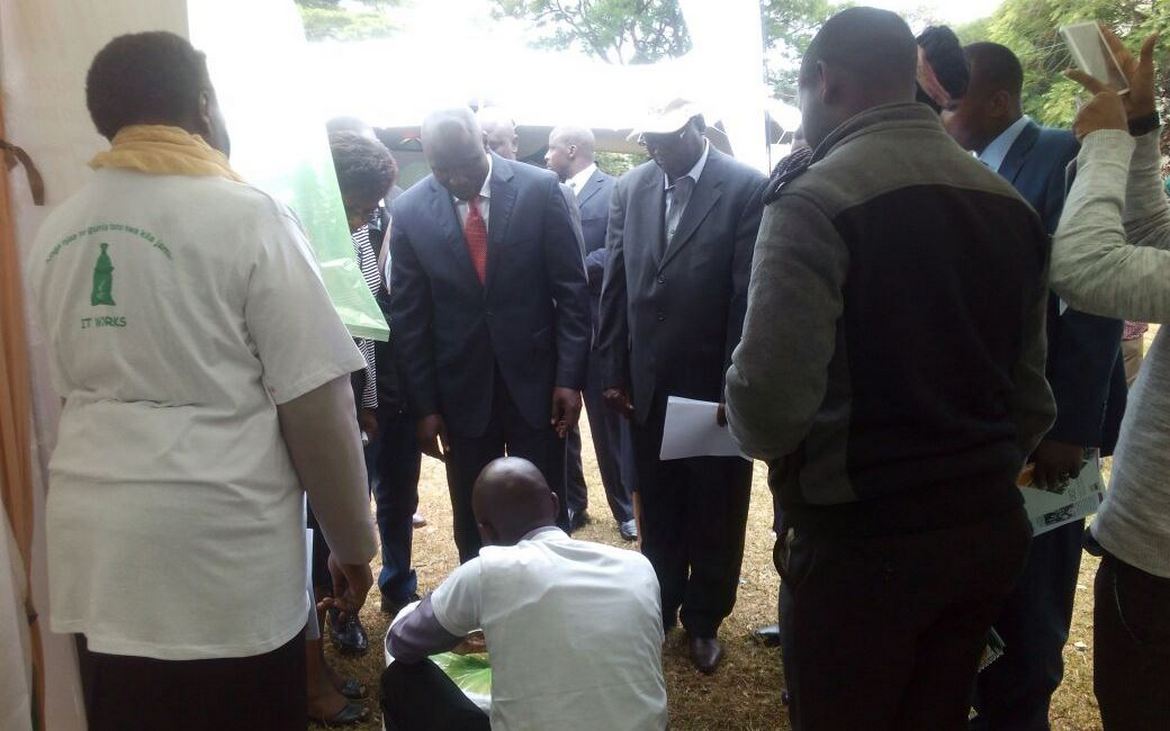 A 2014 survey by the Food Agriculture Organization (FAO) shows that current post- harvest losses in Kenya are at least 15% in strategic maize production zones and much higher in some of the food insecure areas.

FAO estimates that about 1.3 billion tonnes of food are wasted globally with about 30% of all food produced in Kenya going to waste due to poor storage facilities.

It is on this backdrop that the United States Agency for International Development (USAID) in collaboration with the Kenya Agricultural Livestock and Research Organization (KALRO) launched the Hermetic Storage Technology (HST) campaign on Wednesday, 16th November 2016. The HST is an alternative method that eliminates insects and molds by depleting oxygen levels and producing carbon dioxide within the storage unit. The technology was initially developed through support from USAID’s collaborative Research Support Program with Purdue University.

The HST campaign is a collaborative effort by USAID Kenya Agricultural Value chain Enterprises project, Ministry of Agriculture and five hermetic bags manufacturers to create awareness among smallholder farmers on the use and benefits of using hermetic bags. Cereal farmers in Kenya are set to benefit enormously from the campaign seeking to reduce post-harvest loses that farmers have been incurring. The campaign will rally farmers to store their cereals in new containers called hermetic bags.

During the six months campaign period, smallholder farmers will be able to buy 5 hermetic bags at Ksh. 1,000; one bag at KES. 200 which is a good deal compared to the retail price of KES. 250 per bag. “The hermetic bags are able to store grains for three years without infestation by pests and rodents and are reusable after every season”, said Mr. David Kimutai, a Senior Staples Specialist working with the USAID KAVES project.

Speaking during the Launch, the Cabinet Secretary for Agriculture, Livestock and Fisheries, Mr. Willy Bett said that if the post- harvest losses estimated at 30% are addressed, there will be enough food to feed the whole of Africa. He said that the HST not only works to control all pests but also guarantees food safety and security.  Mr. Bett sought to assure manufacturers of hermetic bags that he was working with the relevant Government agencies towards removing tax on the bags to ensure the bags are more affordable to the small holder farmers.  Currently, one hermetic bag is retailing at KES. 250.

Reduction in these losses would increase the amount of food available for human consumption and enhance global food security, a growing concern given rising prices due to growing consumer demand, increasing demand for biofuel and increased weather variability.

“This launch of the Hermetic Storage Technology campaign represents one of the most important goals shared by the United States and Kenya: to transform the lives of millions of Kenyans by ensuring that they live in food secure households, eat nutritious foods and have opportunities for sustainable prosperity within their communities”, said Prof. Michael Nicholson, acting Office Chief, Office of Economic Growth, USAID Kenya and East Africa.

Manufacturers of hermetic bags highlighted the benefits of using hermetic bags as better margins for smallholder farmers since they can store their cereals and sell during the peak season, no loss of weight of stored grains thus increased incomes, financial security for future cover, food security and food safety since farmers don’t use pesticides.

African Farms and Markets (AFMA), a subsidiary of Farm Concern International, is the sole distributor of GrainPro hermetic bags in Kenya and took the opportunity to exhibit to the delegates on their hermetic bags dumped Super Grain Bags. “We want our farmers to know that Super Grain Bags are the real deal since they are made of a 8 micro- layer polythene paper ensuring the bag is air-tight to cause suffocation of any pests or rodents and make it porous,” asserted Peter Nduati, AFMA Business Development Manager