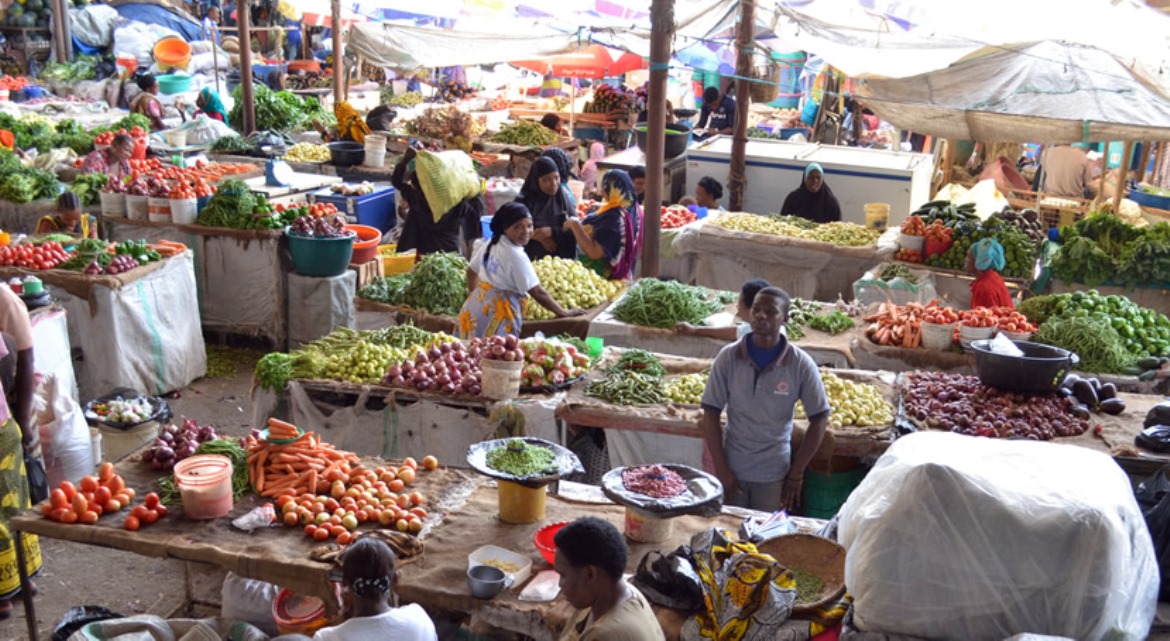 The Domestic Horticulture Markets (DoHoMa) Programme provides a platform for the participation of smallholders in the marketplace, triggering demand processes for domestic trade in horticultural and staple food commodities.

The programme works through Farm Concern International’s (FCI) Commercial Village Model (CVM) to propel smallholder commercialization. In the course of implementing DoHoMa, it has become apparent that traditional markets play a major role in driving agricultural trade and enterprise. The intervention involves scouting and analyzing various markets to identify the major wholesalers on the one hand. On the other hand, at the village level, farmers are assisted to compute a cost-benefit analysis to determine their break-even point.

It is this information that aids discussions between traders and farmers during regular Village Based Forums (VBFs) that result in pre-negotiated farm gate prices and other mutually beneficial agreements. Such was the case recently at Misufini Commercial village in Same District, Tanzania, when Mr Leo Januari met up with members to negotiate a price for the paddy being harvested.

A wholesale trader who travels across the entire country buying grains and cereals from farmers, Leo is based in Mwanza, in the north-western part of Tanzania, home to the vast and picturesque Lake Victoria.

“Even as we discuss the price of the rice, I would want you to know that I am keen on the quality as well as the volumes and frequency,” he tells the committee members and chairs of the 16 Commercial Producer Groups (CPGs) that make up Misufini Commercial Village.

To which Mr Ramadhani Jumanne, the chair of Ubandu CPG, responds with pride that quality and quantity of the Misufini paddy is guaranteed as all members collectively purchased and planted Saro 5, an improved high yielding seed marketed by the Agriculture Seed Agency (ASA), a government agency for seed development, marketing and distribution.

“Would you consider entering into a formal contract with us?” Poses Ramadhani.

Mr. Leo prefers to be non-committal about this request, arguing that March to June is the rice harvesting season throughout Tanzania, which tends to lower the buying price of the cereal.

“It is premature to enter into a contract with Misufini Commercial Village this early as the rice market is experiencing a glut and I need to be flexible,” he explains. “However, I do need you to guarantee me 100 MT of rice per week with acceptable moisture content.” He offers Tsh 75,000/ (USD 47.1) per 50 kg bag for the Saro 5 variety and Tsh 95,000 (USD ) per 50 kg bag for the Thailand rice variety.

At this point, Mrs Nasama Mahanyu, a Commercial Village Facilitator (CVF) from Kongei CPG in Kihurio Ward says her CPG would be more comfortable without a contract with Leo. “At this time of the year, it is true that traders are like the wind; we may not get a fair deal in a contractual arrangement,” she says. However, she is keen to assure Leo that he will not be disappointed when he buys rice from Kihurio. “It is the best,” she declares with great pride.

Mr Hassan Mriji from ASA who was also at the VBF says that quality seed such as the Saro 5 variety promoted by his company in Ndungu was a determining factor for attracting traders and good farm gate prices. This is graphically confirmed by a farmer who harvested 72 bags of rice each weighing 80 kgs from 3.5 hectares.

As Leo prepares to leave, he asks the Commercial Village to also guarantee his security in order for business to operate. “I handle millions of shillings in cash in my transactions, and I have no other form of security protection except through your goodwill,” he emphasizes.