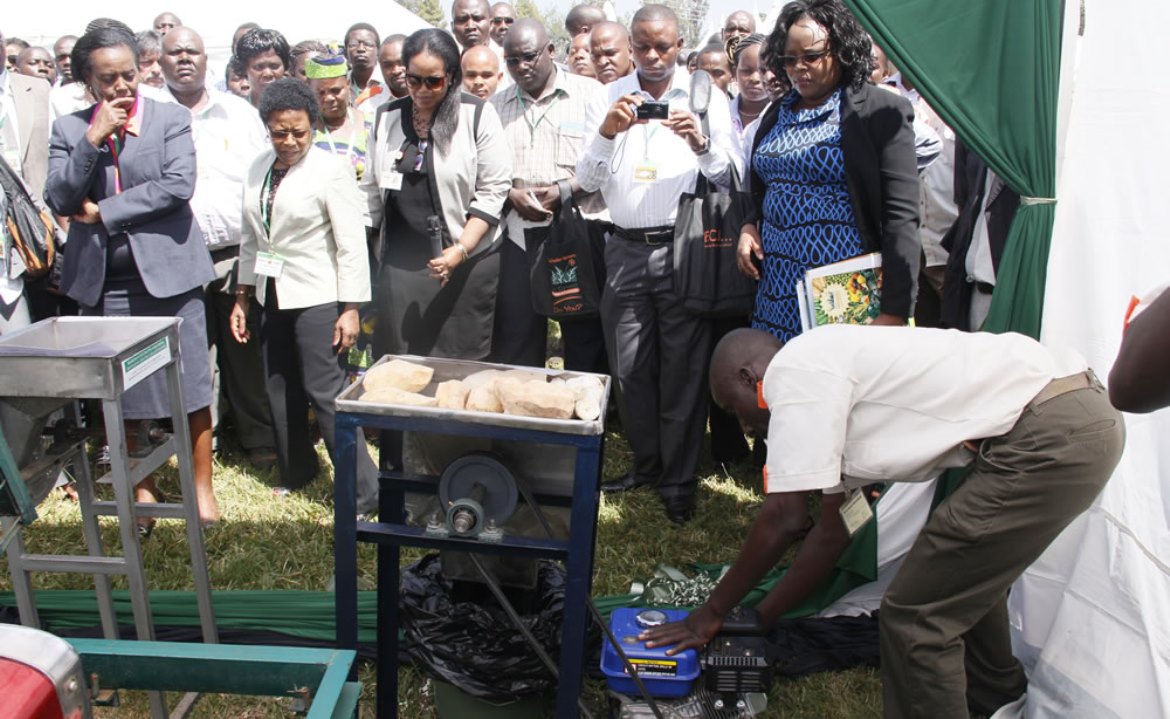 The Tanga Kona Commercial Village is one of the organized CVs that form trading blocs for agricultural commodities. In doing this, the communitiesâ€™ capacity to utilize available resources for commercial gains and to engage themselves in market-led production or processing activities has been enhanced as the Commercial Villages are strategically linked to buyers. This transforms the villages to commercialized entities that operate as business units â€“ turning villagers and neighbours into organized business partners.Â

The introduction of a variety of motorized cassava chippers by Farm Concern International under the Cassava commercialization and processing Programme supported by Alliance for a Green Revolution in Africa has transformed the lives of members of Tangakona Commercial Village. The cassava processing innovation now reduces cassava chunks drying time from seven to two days during sunny periods. This saves time especially for the women who are involved in household cassava processing and drying.

Moses Odwali, a Commercial Village Facilitator (CVF) and also a secretary of Aten Commercial Village (CV), is a farmer from Aten Village in Western Kenya. Moses is influential in the community and adapts quickly to new technology. He thus challenges other farmers to embrace change especially from the practice of waiting for rainfall so that they can harvest water.Â

Moses has benefited and knows how to plan his farm by practicing a crop production schedule. He has mobilized the Commercial Village to save money and buy new variety of cassava seeds.Â

Moses believes that the power of collective action reduces high cost of production and eases market penetration than in doing things individually.

He has a vision for the Commercial Village to own a hotel in Asinge shopping centre which will enhance selling their products. Moses also plans to have a shop that will be knitting cassava chips sacks and other farm produce. This is meant to create more job opportunities amongst themselves.

To achieve this dream, Moses has taught his Commercial Producer Groups (CPG) to work as a team in cassava harvesting, peeling, chipping and any other work the youths can do to earn a living. He ensures that his CPG spearheads every chipping exercise in Asinge location so that they are able to learn how to operate the chipper. He has chipped Â½ tonne of cassava for his animals and Â¼ tonne for his home consumption.Â

So far, at least 70 Commercial Villages are participating in processing technologies using the motorized chippers which now reduce cassava chunks drying time from seven to two days during sunny periods. This saves time especially for the women who are involved in household cassava processing and drying.

These interventions have attracted the attention and support of other partners like Kenya Agricultural Livestock and Research Institute (KALRO) and the Ministry of Agriculture that have provided equipment like posho/hammer mills, cassava graters and pressing machines for starch production.