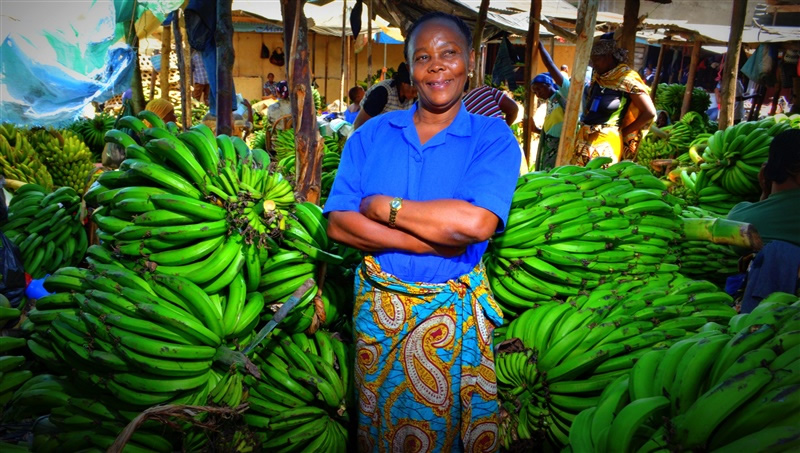 Banana is an important staple food for nearly 400 million people in many developing countries, especially in Africa. The total global production ranks fourth after maize, rice and wheat (CGIAR, 2014). The production of the ten leading banana producing countries is estimated to be about 95.9 million metric tons (FAOSTAT, 2012). Uganda and Tanzania are among the two African countries featuring among these top 10 producers, contributing about 11.57%) and 3.9 million metric tons (4.0%) respectively. In 2012 the volume of global gross banana exports reached a record high of 16.5 million tons (FAO, 2014).

The SeFaMaCo landscape analysis conducted by Farm Concern International (FCI) shows that Uganda has an estimated demand of 10 Million TC plantlets, against the production capacity of about 600,000 plantlets annually. This huge deficit in supply presents an opportunity for commercial seed enterprises.Â

In SSA, Uganda and Tanzania are ranked the first and second largest banana producing countries respectively (Kilimo Trust, 2012). The landscape analysis reveals that banana production is highest in Uganda; with about 10MT valued at about USD 550 million produced on over 1.8 million ha, equivalent to 38% of Ugandaâ€™s arable land. Banana yields are highest in Western Uganda at 26.4MT/ha and lowest in Central Uganda 5.5MT/ha, where production has been declining over the past 30 years due to banana wilt disease. Smallholder farmers grow bananas on average farms sizes of about 0.15â€“1.0 hectares in predominantly rain-fed systems. Most farmers grow a mixture of cultivars (up to 8 per farm), in addition to inter-cropping with other commodities.

Tanzania is the second largest banana producer in East Africa after Uganda. It produces about 2.4 million tons from an acreage of 290,000 ha and a yield of about 8.2MT/ha (FAOSTAT, 2012, NBS, 2003). The average banana farm per household is 0.5 hectares and production is mainly rain-fed except in northern zone where there is a traditional furrow irrigation system.

This low productivity is attributed to soil degradation as well as severe pests and disease outbreaks, (most notably bacterial wilt and sigatoka and nematodes) coupled with other factors such as unorganized production and marketing systems, and insufficient inputs supply systems. Â However, there is potential for increasing productivity to 35Mt/ha and 60Mt/ha in Tanzania and Uganda respectively. This suggests that there is potential for increasing annual production in Tanzania to about 10 million tonnes and 60 million tonnes in Uganda respectively, propelling farmers towards commercialization.Â